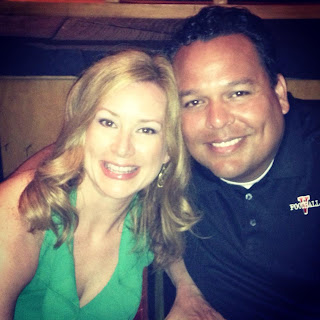 My roots come from the rich soil of the south nourished with the homegrown cooking of my mother and grandmothers. I remember learning to make pie crust, biscuits, chicken and dumplings, gumbo, fudge and french fries, to name a few. During my latch-key years as a teen I was given the great opportunity to weather the kitchen on my own and grow some culinary fruit from necessity including the good, the bad and the ugly! My feature mess ups include a giant hunk of hardened fudge still cemented to the bowl with wooden spoon stuck straight up in the center, a grease fire in my mom's cast iron skillet, and loads of burnt bottom layers forever united with a sauce pot. In spite of some epic after-school failures, I continued cooking and, as a result, a love for the kitchen and all of the possibilities that could come from my time there grew.

In college, I chose to study nutrition which threw a giant curve ball right in the face of my Texas culinary heritage. Needless to say, during these nutritional awakening years, my family tolerated more food label reading tips, pans of baked healthy (and not so tasty) french fries, and flat out TMI from this ambitious student when it came to their digestive system. College not only brought me a new appreciation for food, but it was also the arena in which I met my husband. After marrying my very own tall, dark, and handsome Latino, I moved to what would be the first of many new cities. Now after twenty-two years of marriage, nine different home locations across three continents, and five children later, I believe I have made peace between my shortening-soaked Southern roots and my healthy fat, leafy green nutritional side. There is a time to drizzle my organic greens with olive oil and a dash of sea salt and then there is a time to fry my man a chicken.

Today, not only am I thankful for the family I've been given, but the home which we have been provided. I love food, I love people and I'm thrilled to death when I get to bring those two things together and cook for those I love in my own home. Desiring for our home to be a blessing for all those who enter, my husband and I spend many of our weekends hosting small groups, newly married couples, out of town loved ones, or a pack of teenagers, in between the chaos of kids activities. I must admit, we love every minute of it! We are an imperfect family, but are hopeful that our love for good food and sharing it with others will more than make up for our shortcomings. Considering that my children are not only the ones who reap the benefits of a cooking fanatic mama, but also carry much of the burden as part of the clean up crew, I allowed them to choose my signature dish to make for my Meet The Cooks Challenge. 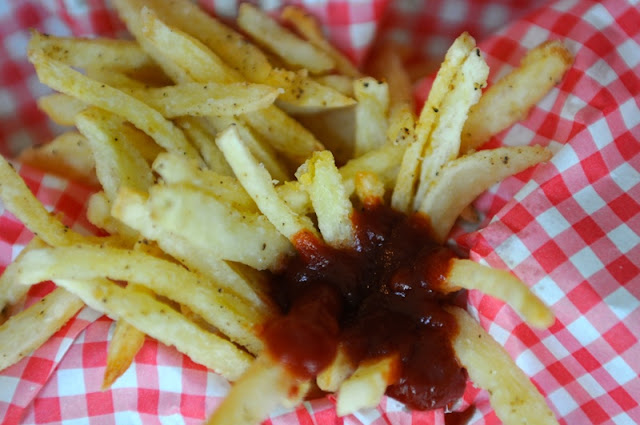 5 pounds Yukon Gold potatoes (if cooking for a small family, 2 potatoes per serving should do)
Crisco…breathe….think of my sweet Memaw and carry on
2 cups of flour (less if making small batches and avoiding the 5 pound bag of potatoes)
salt
pepper

Get your best potato peeler and a really good friend or a neighborhood kid who owes you and peel those potatoes. Slice them into 1/4" slices. Cut the slices into sticks according to your desired thickness. I like thinner, a little on the crispy side, french fries and they will cook faster, which is important when you are cooking for a small hungry army. Dunk the potatoes in a huge bowl of cold water to soak then plop your hunks of "it will all be worth it" Crisco in the cast iron skillet. I usually usually end up with 2-3 inches of melted Crisco in my skillet (about 4 cups).

While the fat is heating up, take a batch of soaking potato sticks out of the water and pat them dry with a clean kitchen towel and toss into another bowl. Sprinkle a light dusting of flour over the potato sticks then season with pepper then toss to coat. Sacrifice a potato stick into the skillet to test the oil (it should sizzle with little bubbles around its edges when it meets the oil). I don't use a thermometer, but it should be around 375°F. When oil is ready, begin frying the potatoes in batches. Don't crowd the pan too much or else your fries will take longer to cook and turn out soggy. My potatoes don't fully submerge in the oil as I turn them half way through the cooking process (they kind of peak out above the surface of the oil a bit). Also, I cover my skillet the first few minutes of cooking with a lid to give them a little steam bath, which gets the inside nice and soft. Then I remove the lid for the remainder of the cooking time in order to get them crispy on the outside. Cook for about 5-10 minutes (depending on thickness) before turning them for another 5 minutes of crisping.

While the batch in the oil is frying, I prep the next batch: pat dry, toss with flour and pepper, and let them wait for their turn in the skillet.

Remove french fries from the oil, drain them in another bowl lined with paper towels and salt according to taste…which you will need to do of course, taste them, as the cook, for quality control, after each batch!

Admit it…about now you are seriously considering that 5 lb. bag of potatoes! In order to avoid territorial outbursts from the cook, go ahead and offer up your first batch to all those within a five mile radius who somehow end up devouring those fresh out of their hot oil bath, barely able to drain in the bowl, still receiving their salt shower on the way to the mouth, french fries. Serve what actually makes it through the draining process immediately with chipotle ketchup.

Mix all ingredients in a small sauce pan and simmer for 20 minutes. Refrigerate for an hour to allow flavors to meld.
37 Cooks members receive products from our sponsors to work with to create their posts; no other compensation is given. All content is solely the opinions of our members. Members also write non-sponsored posts that do not feature any products. These are not compensated in any way..