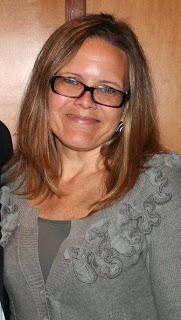 Age 16...made a cake from scratch. It was rock-hard and so bad, the birds wouldn't eat it! I can’t say I did much cooking after that until I married Willie, and we decided to homeschool and added a cooking class to the curriculum. How did I teach cooking? I stayed one day ahead of the kids! I kept them interested by giving them the title of sous chef and used words like mise en place. They were so impressed by my French! We started out cooking with The Six O’Clock Scramble because the menus were pre-planned, and the grocery lists were done, and I found I really liked to cook!

The cooking influences in my life were grammas who made fried pork sandwiches, noodles and strawberry cakes, and grampas who took us to eat at the Petroleum Club, and moms
who circulated the same meals week in and week out, and moms who made nachos, or Chicken Divan, or beef tenderloin. A lot of comfort food and a lot of fancy food. And then Willie came along and added ethnic foods and adventure to the mix.

So who did I turn out to be? As a cook, I am still trying to figure that out! As a person? A people-pleaser, big-time reader and an idea girl. I am not happy unless I have 17 windows open at one time on my laptop. And I like to start things like…
New Recipe for a Year Club (loved it!)
Cook My Book Club
Dear Lauren, Love Mom
37 Cooks
Simmons’ House Bar Tastings (our friends love it!)
The Menu Game
Giving Phillips Sonicare Toothbrushes in Easter Baskets (some ideas are more inspired than others! ha!)

I absolutely do not have a signature dish. How could I, when I rarely make the same recipe twice? I don’t have a dish that defines my style. Nope. That said, I do love beets, and fritters, and pho, and noodles, and roasted vegetables, and salad, and Frito Pie Burgers, and crusty bread, and plum appetizers, and tortillas, and beignets, and spring rolls, and taco meat made with mostly zucchini, and Bacon, Egg & Tomato Pie. You see my dilemma in providing you with one recipe here? Can’t be done! But it’s OK. Here is a recipe everyone will like. After all, I AM a people-pleaser!

You can’t beat whipped cream. Actually, you must beat cream to get whipped cream! What I mean is, there is no need whatsoever to buy ready-made whipped cream when the real stuff is so easy and so fun to make. Here’s how to do it.