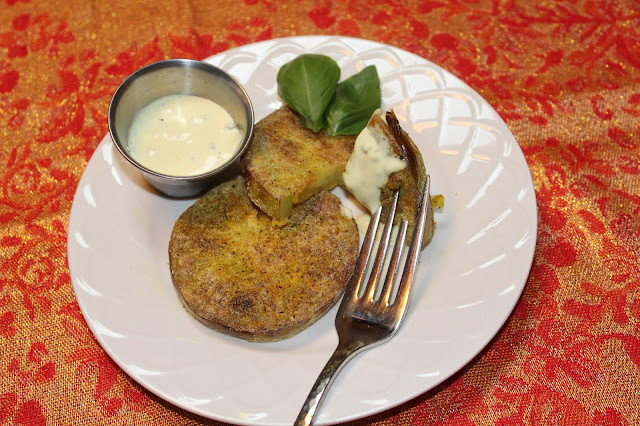 Fried green tomatoes are terrific as a snack on their own. They are also a wonderful accompaniment to macaroni and cheese, or with shrimp cocktail and a green salad for a light dinner. Or, for a different spin on a Caprese salad, layer them with fresh mozzarella, basil and ripe tomatoes with a drizzle of good olive oil, a splash of sherry vinegar and a sprinkle of coarse sea salt. The Jada Turmeric Chicken Salt perfectly seasons the flour that the green tomatoes are dredged in, resulting in a flavorful, golden crust. For a zesty sauce to serve with the fried green tomatoes, try a mixing some sour cream with a bit of the Jada Lime Chicken Salt and Jada Red Pepper Chicken Salt. 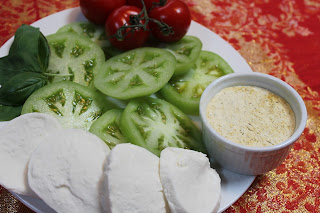 Heat the oil and butter together over medium heat in a large skillet. Don't let it get too hot.

Mix the flour of choice and Jada Turmeric Chicken Salt together on a plate. Dip the sliced green tomatoes in buttermilk and dredge lightly in seasoned flour mixture.

Pan fry or saute tomatoes in the hot oil and butter, turning once until golden brown on each side. Serve a couple of slices with dipping sauce (recipe below), or as a side with macaroni and cheese, shrimp cocktail or as part of a Caprese salad.

Mix all of ingredients together and chill for an hour or more. Serve with fried green tomatoes, baked potatoes, or any other dish that you would like a zesty sauce to dip with.
37 Cooks members receive products from our sponsors to work with to create their posts; no other compensation is given. All content is solely the opinions of our members. Members also write non-sponsored posts that do not feature any products. These are not compensated in any way..