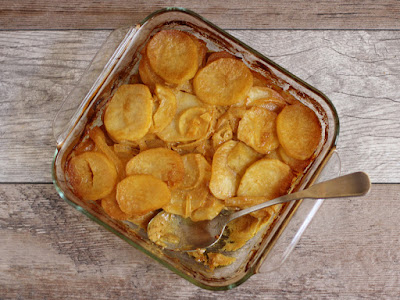 I've "known" Jay Ducote for a few years now, although I've never seen him in person. We first "met" when a book publisher chose us - along with quite a few other bloggers - to help promote one of Emeril Lagasse's books.

Later, some of those same bloggers formed a blogging group, and Jay and I got to know each other a little bit better. Then he competed on The Next Food Network Star ... and since then, he's been a busy guy.

To say that I was excited about introducing Jay to my buddies at 37 Cooks is a bit of an understatement. I already had them cheering him on when he was competing, so I knew they'd love to work with his sauces. We each got both his barbecue sauce and his mustard sauce.

I decided to use the mustard sauce in a recipe, and it seemed like it would be the perfect thing to spice up some potatoes. Turns out, I was totally right. And these happened to go perfectly with barbecue ribs. Which just might have been sauced with Jay's barbecue sauce. Funny how that works. 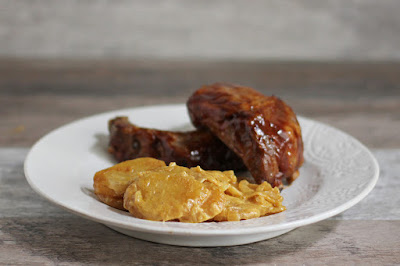 Heat the oven to 350°F and have an 8-inch baking dish standing by.

Serve hot.
37 Cooks members receive products from our sponsors to work with to create their posts; no other compensation is given. All content is solely the opinions of our members. Members also write non-sponsored posts that do not feature any products. These are not compensated in any way..