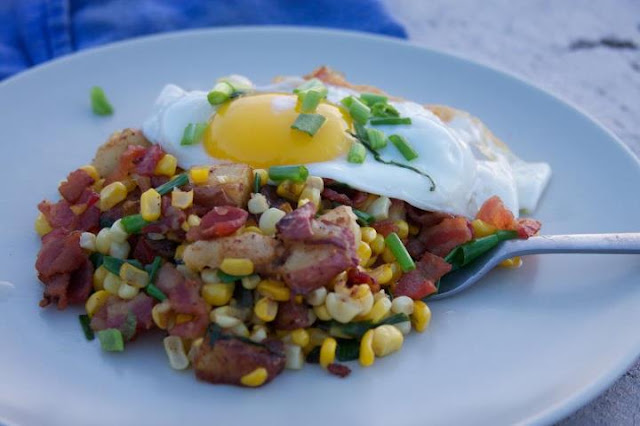 The recipe is almost embarrassing my mom taught it to me when I first started cooking.

Cube the potatoes and throw in the pan with the bacon fat and add some salt and black pepper cook until golden. (About 10-15 min)

Drain the fat and add in the corn let roast for about 5 minutes so the corn still has some bite to it. Add in the bacon. Take off the heat and add scallions so that they wilt a bit.

If you're like me a fried or poached egg is wonderful on anything so in a separate skillet I fry up an egg and put it on top of the hash!
37 Cooks members receive products from our sponsors to work with to create their posts; no other compensation is given. All content is solely the opinions of our members. Members also write non-sponsored posts that do not feature any products. These are not compensated in any way..