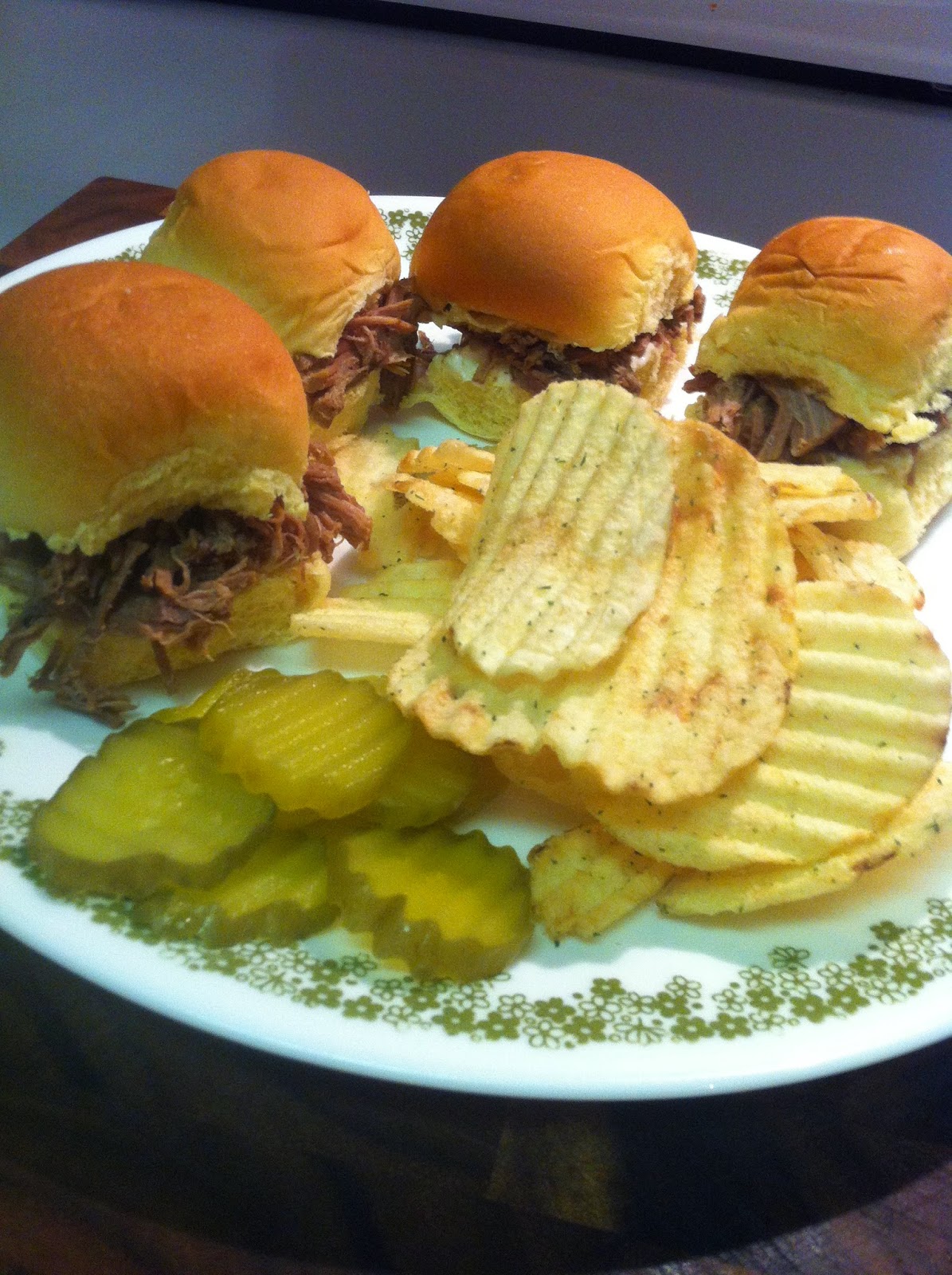 Our latest challenge for 37 Cooks is sponsored by Hamilton Beach. This was another awesome challenge for us, as the kind folks at Hamilton Beach sent each of us a Hamilton Beach Set & Forget 6 Quart Programmable Slow Cooker. When my slow cooker arrived and I opened it, my wife said I looked like a kid at Christmas! I don't get excited by a lot of things anymore, what with me being old, cynical and cranky, but lemmee tell ya, this is a badass slow cooker. The first thing that impressed me was the cooking probe! I've used probe thermometers before, usually when I'm smoking a pork butt, and I've never seen one on a slow cooker before! I also like the "Set & Forget" feature that you can use along with the probe. Set the slow cooker up, insert the probe, set it to cook for a certain amount of time and it automatically turns to the warm setting so your food don't overcook! Awesome feature. When we signed up for this challenge, the first thing I thought of was Italian beef sandwiches. I guess this is a very regional dish and, just like Philly Cheese Steaks, no two recipes are the same, so I decided just to wing it and see what happens! I made little sliders, but this recipe would be much better on a good crusty roll to soak up all the juices. Here we go...

by Matt the Butcher

Put the onions in the slow cooker, lay the beef roast on top. Add the broth, garlic, bay leaves, oregano, Slap Ya Mama seasoning, black pepper and the dry onion soup mix. Cover and using the program mode, program the slow cooker to cook for 10 hours on the Low setting. After 10 hours, the cooker automatically sets itself to the Warm setting, which is awesome if you're not home when the food is done. Right before serving, remove the roast and the bay leaves, setting the roast aside to rest. Drain the giardiniera and put it into the slow cooker. Mix it into the gravy and let it sit. Taking 2 forks, shred all the meat and put it back into the gravy. Slice the rolls, break out the napkins and call everyone to the table. Using a slotted spoon, pick up a nice spoonful or two, placing it on a roll and dig in!

Made in the USA, with love, by Matt the Butcher

Cooks note: I'm a butcher by trade and whenever a customer asks me what the best cut of beef to use for a pot roast is, I always recommend a beef shoulder roast. You can pretty much use whatever cut of beef that you prefer, as you're gonna cook it till it shreds, but I like the shoulder roast. There's not as much fat in it as a chuck roast and I find that a bottom round or top round just doesn't have the flavor of a shoulder roast.
37 Cooks members receive products from our sponsors to work with to create their posts; no other compensation is given. All content is solely the opinions of our members. Members also write non-sponsored posts that do not feature any products. These are not compensated in any way..