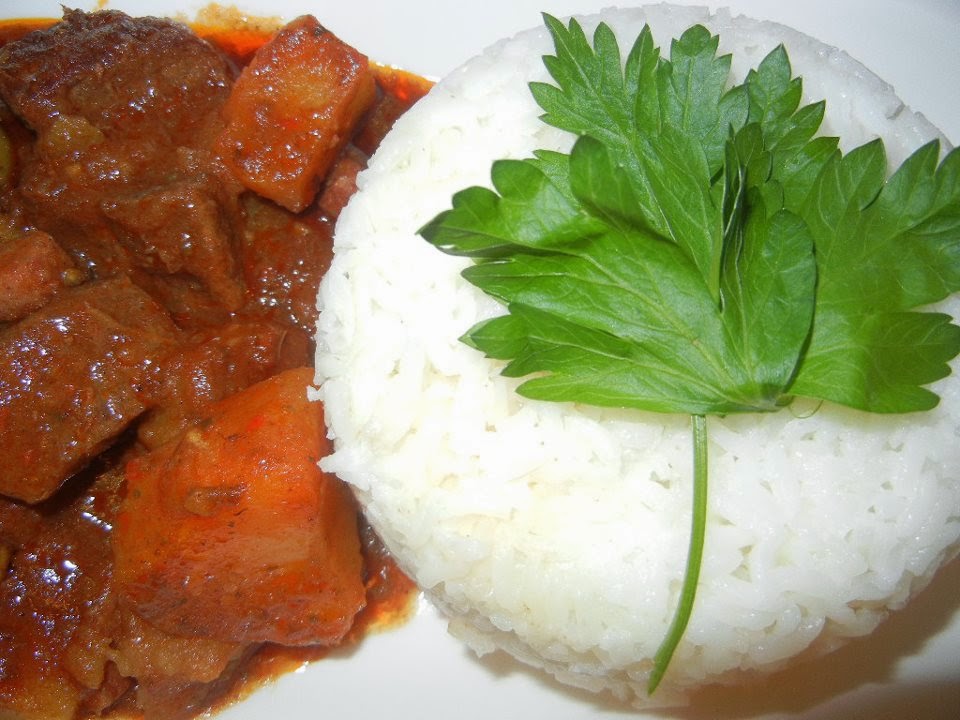 This is a dish that I've been cooking on the stove top for many years and I was thrilled when I learned that Hamilton Beach was hosting a slow cooker challenge for 37 Cooks. The recipe converted perfectly to a slow cooker method. Carne Guisada is a staple in Latino cuisine. This is the Dominican version.

Combine all ingredients in a Hamilton Beach Set & Forget 6 Quart Programmable Slow Cooker and cook on low for 7 hours. Serve with white rice.

Mix each ingredient, one at a time, into a food processor. Process to a chunky consistency, not watery.
37 Cooks members receive products from our sponsors to work with to create their posts; no other compensation is given. All content is solely the opinions of our members. Members also write non-sponsored posts that do not feature any products. These are not compensated in any way..